We’re glad you found us!  Come in and make yourself at home.

AYRIAL was created and is published by Weston Media Group, LLC.  It’s founder Victoria lynn Weston had a vision that inspired her to develop a new kind of “body, mind & spirit” online community and to engage users utilizing innovative technology, like Alexa Skills.   Whether you explore online or AYRIAL Alexa Skills, we’ve provided a convenient and engaging way for individuals to connect with professional intuitive consultants, astrologers, spiritual mediums, feng shui consultants and life coaches.

AYRIAL’s Mission is to enhance and advance the lives of individuals who seek the insight of exceptional lifestyle consultants who can empower, provide guidance, information and resources to help them grow spiritually, in business and leadership.

Explore AYRIAL today to connect with a vetted lifestyle consultant:

WE CARE
Time is valuable. And, we really care about time. We thank you for taking time to read this. So now, go connect with an AYRIAL vetted lifestyle consultant, life coach or a wellness advisor. If you know a professional lifestyle consultant you think we should consider, Contact Us, we’d love to hear from you! 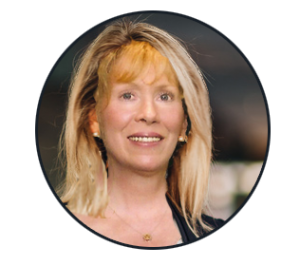 Victoria lynn Weston is a trusted and valued intuitive/psychic consultant and intuitive business coach to dozens of business owners, executives and individuals.  Regardless of their titles, Victoria offers insights that help develop their company brands; expand business, higher the right employee for the job.  She brings to the table, an open and positive attitude with a keen sense of acumen that will help propel you and your business.

As a motivational speaker, she has spoken to executives from Henry Ford Health Systems, RTM (Arby’s Franchise) where she taught executives how to tap into their own power of intuition to make successful marketing strategies, investments or hiring the right employee.  Victoria has been a radio host of “Power Predictions” in Atlanta, Georgia and a featured guest on dozens of radio, television shows and print media including; the Atlanta PARADE magazine, The Atlanta Business Journal, ABC Talk Radio; CNBC; BUSINESS WEEK Online; INTERNATIONAL HERALD TRIBUNE, WIRED NEWS and THE NEW YORK TIMES. She has worked as a professional psychic/intuitive consultant also known as “the corporate psychic” for 15 years.  Victoria is also the President and Founder of StudioCarlton.com

Victoria has also produced, “The Intuitive Factor; Genius or Chance“ featuring Gary Zukav and parapsychologist Jeffrey Mishlove. These programs were featured on PBS Television, The Wisdom Channel and Canadian Broadcasts.  This program was packaged for audio distribution titled: “Intuition One on One” to include the entire interviews including famed remote viewer Joseph McMoneagle.

In January 2016, Victoria launched AYRIAL, a new kind of body, mind and spirit community to feature the best psychics, best astrologers, best spiritual mediums.  AYRIAL will launch its unique smartphone APP in the Spring to make it easier for clients to connect with top lifestyle consultants and keep engaged with inspirational content. AYRIAL.com

Victoria has also been a featured local and national media, including: