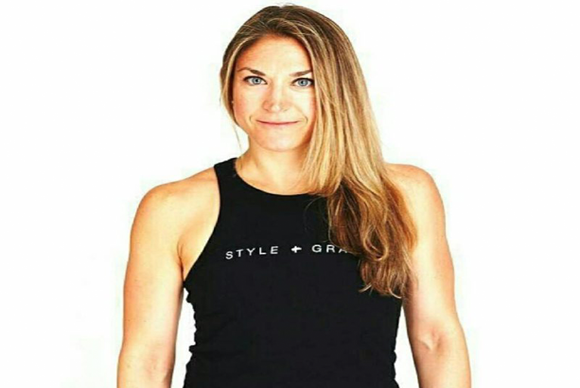 Lauren Foundos is the Founder & CEO of Fortë

“If you try to do a pushup everyday, you’ll eventually do a pushup. That’s how the body works, it’s a machine. I just feel like people doubt themselves when it comes to working out, but if you train your body to do something it will do it. It’s that simple” – Lauren Foundos

Lauren Foundos has an unparalleled work ethic, earning two-time All-American honors in field hockey and All-State in softball.  Lauren played field hockey in the Junior Olympics and went on to play Division I for the University of Maryland, the team appeared in the final four in 2004 and won national titles in 2005 and 2006.  During her demanding collegiate career, she earned intercollegiate athletic honor roll and ACC academic honor roll.  In 2006, Lauren received her BA degree in communications with a minor in business. She spent over 10 years working in finance in institutional sales and trading.

For the past five years Lauren has worked on Whitaker’s government bond-trading desk as an institutional US Treasury broker helping to dramatically increase their UST Short Coupon and Bill desk revenues. Prior to that she worked at Deutsche Bank in Synthetic Equities and Cloudview Capital Management, a global-macro hedge fund, as a trading assistant.

Lauren has religiously been attending boutique fitness studios for the past ten years and has developed strong relationships in the studio space, as well as, from her prior athletic career. Lauren excelled in sports growing up because she never viewed practice or working out as a chore. She has always been disciplined as an athlete, as well as, a leader and captain on her athletic teams. Lauren also plays the violin, piano, and loves to ski. Lauren’s overall enthusiasm for life and ability to motivate others has helped her find success in her career on Wall Street, and will continue as she sets out to revolutionize the fitness industry with Fortë; the Netflix of Fitness Apps!

Fortë: Work Out With The Best Fitness Instructors Right From Your Home.

Join Free for One Month!

Stream live and on-demand boutique fitness classes from top studios worldwide directly to you!
Join FORTE Free for One Month!

STOP WEIGHING YOURSELF: 4 WAYS TO MEASURE YOUR RESULTS

10 STRETCHES THAT WILL KEEP YOUR MUSCLES FLEXIBLE, STRONG, AND HEALTHY

“Convenient. Entertaining. Personable. I love working out in the convenience of my home, on my time. FORTE offers so many types of workouts, I don’t get bored. And, the fee is much less than an annual gym membership!” – Julia, Atlanta