A Gift to Heal

A Gift to Heal 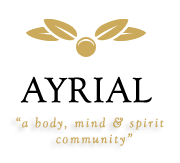 (AYRIAL) Atlanta, GA – Host of AYRIAL TalkTime, Victoria lynn Weston talks with Susan Shadburne about her life as a successful screenwriter and filmmaker, including two Academy Award nominations for two of the short films that she wrote to becoming a respected medical intuitive/healer. (Minutes: 33:54)

For over 25 years Susan was a screenwriter, director and producer of more than twenty-five hours of educational and entertainment films including feature length theatrical films that were distributed world-wide.  She has garnered over 40 awards in international film festivals. Two of the short films that she wrote were nominated for the Academy Awards.

Susan was living a life she always dreamed of, though she had been dealing with health problems all her life,  eventually she became disabled. Over time, Susan healed herself and since 2002, has been extraordinarily effective with her physical/emotional intuitive healing to thousands of English-speaking people globally.

L.R., Naturopathic Physician, PhD, Neurobiology says, “as a scientist and a naturopathic physician, I always approach healing modalities with open-minded skepticism.well I find your work to be exceptionally researched, impeccably professional, and most importantly,highly accurate and effective. From my own direct experience, I have felt physical and emotional symptoms begin to change within minutes after your clearing, and proceed to resolve completely within the timeframe that you predicted. With the many patients I have referred to you, I have seen your work access the root of a problem without exhaustive and expensive labwork, and either clear it directly, or confirm the results of my own treatments. I am so thrilled and blessed to have you as a resource in my personal and professional life!”

Today, Susan works closely with health care professionals and clients. She consults with clients by telephone and Skype. 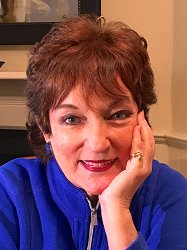 Get The AYRIAL Daily in Your Inbox!

The AYRIAL Daily is the most insightful, inspiring and amusing news you won’t find anywhere else but your inbox.  Sign up today!