(AYRIAL TalkTime) Victoria talks with Alex Gordon about how his intuition guided him through the creative and production process of his audio show, Kids Radio where he asks kids how they make their food including, “how do you make a peanut butter and jelly sandwich”?

Alex Gordon is Atlanta’s premiere baritone guitarist.  He’s also the producer and director of Kids’ Radio – a soon to be released on iTunes and hopefully broadcast on national radio.

Click audio PLAY button and listen to the interview! 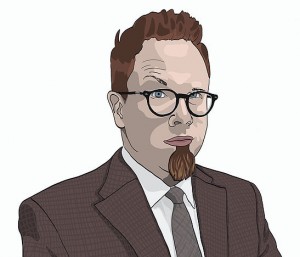 Alex Gordon loves to play background music.  Simple as that.  Now, it may seem strange for a guitarist to so thoroughly enjoy stepping out of the spotlight but such is the case with Atlanta’s premiere baritone guitarist. He also loves kids and thus has produced 52 thirty-minute audio episodes for his creative Kids Radio, soon to be released for iTunes and hopefully, nationally on the broadcast radio.

Launched in 2015, AYRIAL is a technology-driven “body, mind & spirit” lifestyle platform with its office based in Atlanta, GA.  AYRIAL allows users who seek exceptional psychic, intuitive consulting, astrologers, life coaches, feng shui consultants to easily connect with them and to keep them engaged with exclusive content. www.AYRIAL.com

Victoria lynn Weston has worked as a professional psychic/intuitive consultant also known as “the corporate psychic” for over 15 years.

Based in Atlanta, Georgia, Victoria has been a featured guest on dozens of radio, television shows and print media including; the Atlanta PARADE magazine, The Atlanta Business Journal, ABC Nightline, ABC Talk Radio; CNBC; BUSINESS WEEK Online; INTERNATIONAL HERALD TRIBUNE, WIRED NEWS and THE NEW YORK TIMES. Victoria is also the President and Founder of AYRIAL.com and MediaQuire.com.