“The PRICE IS RIGHT was a tremendous learning experience…it is where I learned to leave my ‘stuff’ at the door. ”  – Gwendolyn Osborne-Smith, COO of Smith Entertainment Group

(AYRIAL TalkTime) Victoria talks with the lively, former PRICE IS RIGHT Model, Gwendolyn Osborne-Smith who shares her childhood dream of acting, singing while growing up in England and how intuition played its role in her decision making.  She’s gone from Drew Carey’s PRICE is RIGHT model to COO of Smith Entertainment Group to launch Late Night Snacks on Tru TV. (24:55) 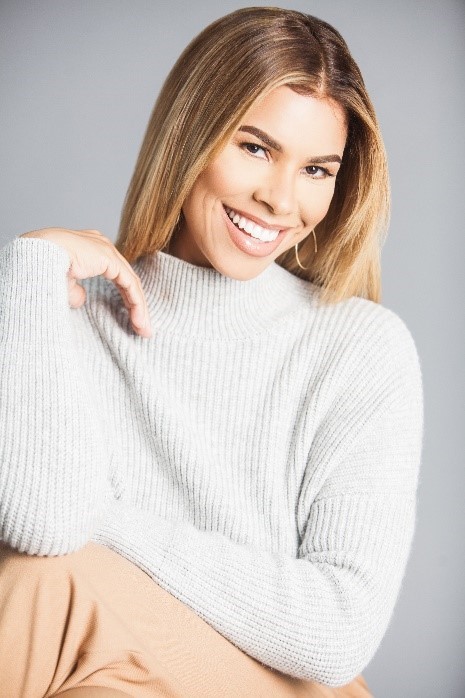 As a long-time staple of “The Price is Right” for the last 12 years, stunning model and actress Gwendolyn Osborne-Smith prepares to say good-bye to the iconic series on Tuesday, October 17th.  Forever grateful to the show that has helped her leap into the homes and hearts of so many, Gwendolyn is excited to dive full force into her new role as COO at Smith Entertainment Group, a production company she runs alongside husband and Emmy Award winning broadcaster/former NBA player Kenny Smith.

After starring in and producing her first successful show “Meet the Smiths” that aired on TBS in 2015, Gwendolyn jumps into the role of Chief Operating Officer of the Smith Entertainment Group with ease.

Recently signing a new multi-year development deal in early May with ITV America (DEADLINE Announcement), Gwendolyn is at the helm, alongside husband Kenny, working up and executing an array of new lifestyle, reality, docuseries and competition shows for broadcast, cable and streaming platforms.  Denoted as a “modern-day power couple”, the Smiths bring a fresh take to television and are ready to create groundbreaking programming with their great taste and sensibility to multiple platforms.

Born in Bath, United Kingdom, Gwendolyn comes from Jamaican and British roots. Her love for the arts started in grade school, attending performing arts schools and then performing arts in both England and America.  In addition to her role on “The Price Is Right,” she played ‘Jade Dominguez’ for two seasons on the television show “Ocean Ave.” Other television credits include “Charmed” and “Huff.” Along with her most recent film appearance in JACK & JILL, she can also be seen in the movies SNOW DOGS and ANY GIVEN SUNDAY.  In addition to acting and modeling, Gwendolyn is a singer whose first studio album is currently in the works.

She went from the Price is Right model to producing/starring in Late Night Snacks on Tru TV.  Find out who she is on AYRIAL TalkTime. #dreambig #intuition #trustyourpassion @AYRIAL7  Tweet 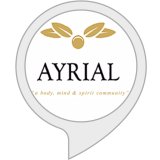