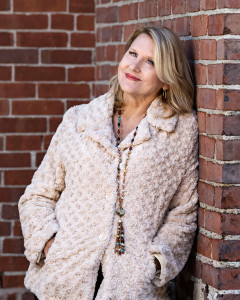 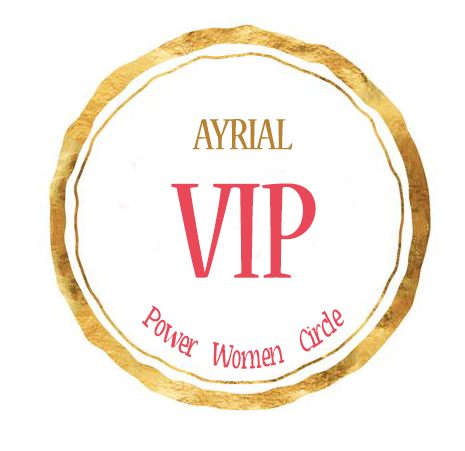 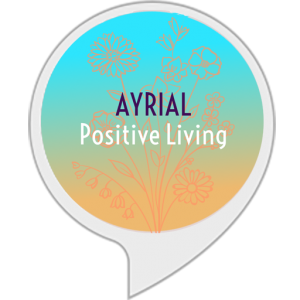 “I believe in synchronicity, and when the time is right you will find the right psychic medium, reiki healer or spiritual teacher that can potentially change your life forever. ” – Lauren Bortolami Robbins 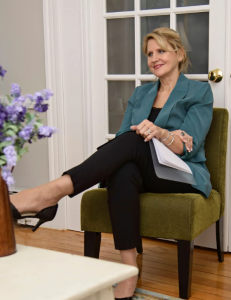 Psychic Medium Lauren Bortolami Robbins has been recognized as one of the country’s Best Psychic Mediums by AYRIAL Founder, Victoria lynn Weston. “As a professional psychic-intuitive for over twenty years, I founded AYRIAL to feature the best psychic mediums who’ve been tested and recommended,” says Victoria. “Today, it’s important for those individuals seeking accurate psychic medium insight to be able to distinguish the best psychic mediums from those who are simply not in that category. We save individuals the work of scouring the internet searching for qualified, accurate and authentic psychic and spiritual mediums.”

Lauren (Bortolami) Robbins, the Double-Visioned Medium™, is a Worldwide Renowned and Award-Winning Tested and Endorsed Evidential Psychic Medium, Afterlife Research Medium for Science, , Healer, Spiritual Teacher, and a Catholic who has earned over 400+ written reviews by clients. She is the Founder of The Spiritual Path with Lauren (Bortolami) Robbins in Mansfield, Massachusetts.

Lauren was featured on The List TV Show in 2021 as a Spiritual Teacher, in The Lady of the Dunes 2022 Documentaryas a Psychic Medium with her firefighter husband John, in April of 2022 to help solve a murder case as experts, and appeared in Married at First Sight, Season 14, Episode 14, on April 13, 2022, as a Psychic Medium reading Boston couple Jasmina and Michael delivering Medium and Psychic Messages to heal their relationship. Lauren also appeared in the Afterparty on April 13, 2022, and a recap about their reading on Episode 15. She has worked with celebrities all over the world, including Mark Maher (Mark the Shark) from Married at First Sight, Season 14 in Boston. She is a producer favorite for her expertise and ease in front of the camera.

At the age of two Lauren began seeing into the spiritual realm after developing permanent double vision and a lazy eye from a brief illness. After years of suppressing her gifts she opened her first practice in 2007 as a Reiki Master/Teacher and Spiritual Healer to help others with pain, trauma, and loss after losing her father and going through a traumatic divorce.

Lauren began receiving evidential psychic, medium, and angelic messages for clients during their Reiki sessions and sought advice from her family priest if she was doing the right thing by providing these messages. After listening to her stories of saving many individuals who were suicidal or who asked for a sign from God and then met Lauren, her priest told her “Not all mediums work for God, but you do”, she was able to embrace her God given gifts and began sharing them with the world.

By 2013, Lauren was invited to be a Research Afterlife Medium for Science, was under contract for a television show, and had been ranked as one of the Top Ten Psychic Mediums across the globe. Between 2013 and 2016 she was tested over eight times for accuracy by The Voices Across the Veil Program, Best American Psychics, Ayrial, and casting directors as a Tested and Endorsed Psychic Medium. Lauren continues to be tested by producers, show hosts, and various media outlets for her work to prove the other side exists and has also won numerous awards for her work including #1 Psychic Medium by Kev’s Best, one of AYRIAL’s Best and Accurate Psychics and Spiritual Mediumsfor five years in a row and named as the VIP Woman of the Year by Ayrial in 2017 and is listed as one of the Top Best Psychic Mediums in Massachusetts and worldwide.

Lauren’s mission is to prove the afterlife exists through her private sessions, books, classes, and medium events.

In addition to consulting, Lauren also teaches individuals about their natural born gifts.  Lauren offers monthly Spiritual Medium Gallery Events for her series “Voices From Heaven” to prove the afterlife.

Lauren believes, “Healing and Psychic Medium Events are a wonderful way to experience the gift that spirit gives to us through God every day.”  In these events you will sit with others to learn, listen, and heal.  To create an intimate experience, events are limited to twenty people so each person can have a special experience.  Not all guests are guaranteed to be read, but many will.

It is recommended that you purchase tickets early to reserve your seats to a particular event as they often sell out fast.  Tickets are also a great gift to give others as well for any special occasion.  Gallery events are less expensive than a private reading. You can purchase online or call Lauren at 508.339.8111 to buy tickets.

Lauren Bortolami Robbins is based a psychic medium based in Massachusetts.  She will help you schedule your own private psychic medium gallery events at your home or another preferred location.  You and your guests can experience the joy from reconnecting with your family and loved ones. 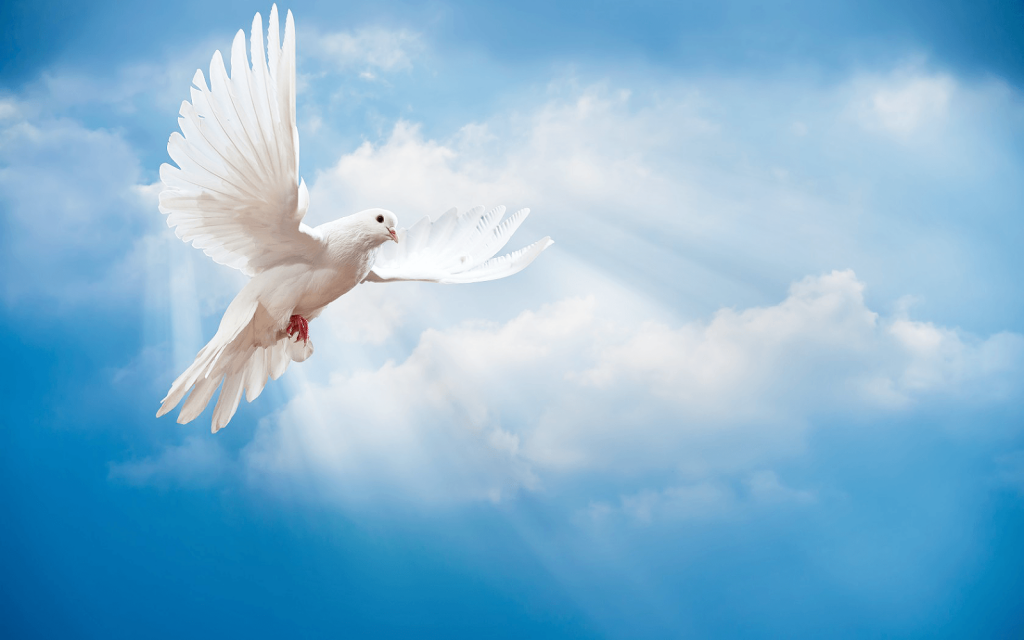 Lauren’s workshops and classes are as unique. She brings over fifteen years of experience and knowledge in the psychic medium and energy fields.  If you are fortunate enough to get in a class with her,  you will learn from one of the best psychic mediums and healers in the country.

Lauren also offers monthly online readings for “Voices Across The Veil” to prove authentic mediumship.  Event fees vary but on average run about $40.00 a person to attend, which is a fraction of the cost of a private psychic medium reading. “It’s a nice way to see my work and trust me before you book a private session,” says Lauren.

Training and workshop types are offered either in a group setting with a minimum amount of people required at a discount rate or privately at a higher rate in a privately booked in person or Skype sessions coming soon.

Lauren teaches a variety of private spiritual training classes including:

Spirits vs. Ghosts, what’s the difference?

Lauren in the Media

Lauren Bortolami Robbins is an endorsed research medium for Voices Across The Veil to prove the afterlife.  She’s been a guest on broadcast radio shows, interviewed by journalists for local papers, and has been an expert psychic medium for Healthy Living Magazine events and Journey into the Light Radio.

In addition, Lauren was selected as the “lead spiritual medium” and Paranormal Consultant for Paracuse Paranormal Investigators in Syracuse, NY.

Lauren is currently under contract agreement with a major broadcast company to produce a psychic medium television show.

I rave about you to everyone I know. You have truly blessed my life. Because of you I was able to communicate with him. Because of you I have a deeper belief in God and the Heavens. Because of you I can function in life because before meeting with you I spent endless days in bed thinking the love of my life was gone completely. Your gift is amazing and not a day goes by that I don’t think of you and thank the lord for sending me to you to be able to connect with my man.

I’ve always known people come into our lives for a reason, with some touching our souls in a profound way…you told me about someone from my past who I would reconnect with after 20 years…my heart full of feelings which were subconsciously always there…a love from my life without saying a word…you told me his name and described him so well…only things the two of us shared…you told me he was coming back into my life and within weeks, we reconnected just as you predicted and it was like time stood still when we met again.

“The reading I received from you was amazingly accurate. Everything you told me was honestly and sincerely conveyed. You truly have a gift from God. Your readings are unique and set you apart from others in your field.”

I am the dad of daughter who passed suddenly in October of 2015…. You connected with her briefly. She told you about the tiger, the stuffed animal of hers that I sleep with, and that she was with Jesus. She kept talking about a playground in her name. I thought she was talking about something else. Well damn, would you know it I got a text today from a group in my town, they are going to rebuild the playground in her honor. I am just so happy to hear and to know that it was my child talking though you. Thank you so much for reaching out to my baby girl and letting her talk to me. You are truly a gifted person.